Genesis 15:6 “And he believed in the LORD; and he counted it to him for righteousness.”

This is the first absolutely clear indication in Genesis that we are saved through faith, and not through any deserving righteousness. It’s very simple. Abram believed Jehovah, and Jehovah counted Abram righteous because of it. The one thing God asks us in return for counting his righteousness as ours, is that we trust, have faith, believe, in Him.

In I Corinthians 15 Paul tells us about “the gospel which I preached unto you, which also ye have received, and wherein ye stand; by which also ye are saved, if ye keep in memory what I preached unto you, unless ye have believed in vain…how that Christ died for our sins according to the scriptures; and that he was buried, and that he rose again the third day according to the scriptures…and so ye believed.” It does matter what you believe, and it does matter in Whom you believe. “Believe on the Lord Jesus Christ, and thou shalt be saved.” Acts 16:31.

Our memory verse is such a clear testimony of salvation by faith in the righteousness of Christ that those who don’t believe the Bible is God’s Word have decided that it was added in much later. How much better to understand it as an early indication of God’s grace at work in the life of a man, who, however far from perfect, was the ‘father of the faithful’.

This site uses Akismet to reduce spam. Learn how your comment data is processed. 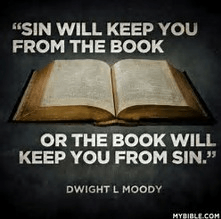